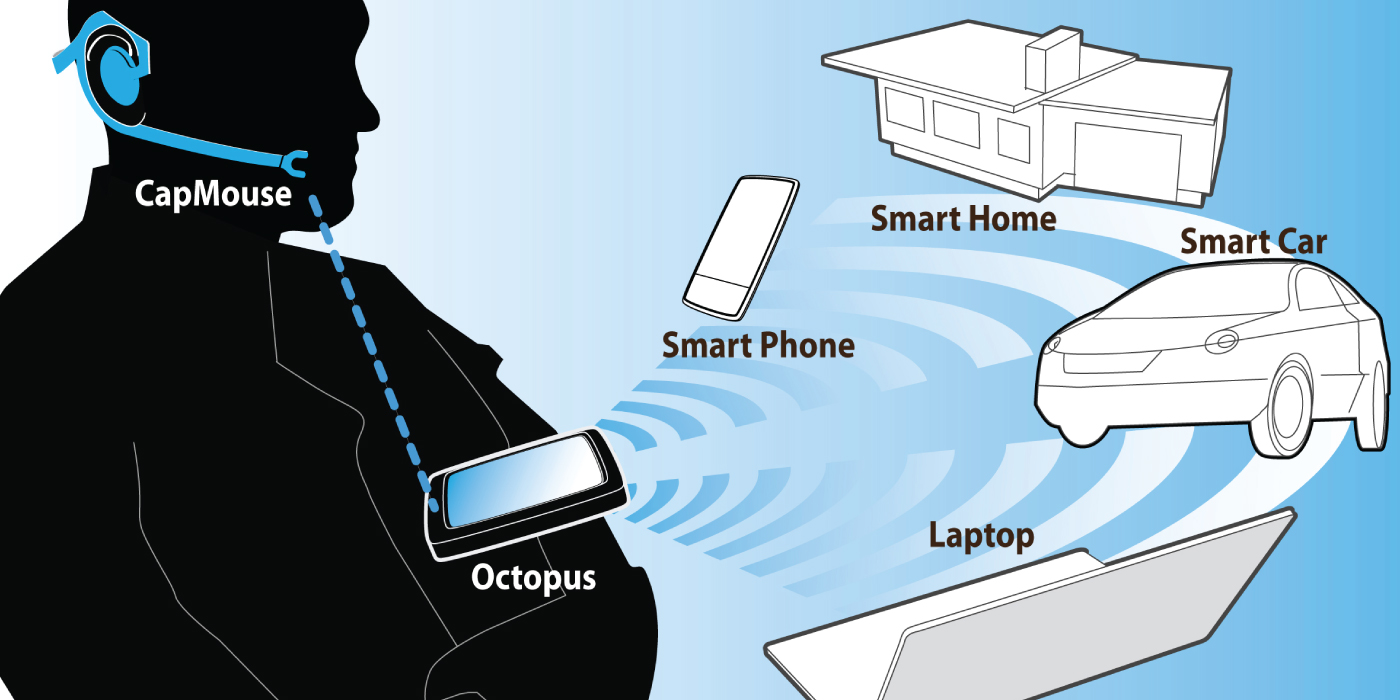 The CapMouse project has led to the development of LipIt, a hands-free technology that allows the elderly disabled to use computers via lip movements. Having secured US and EU patents, the team are now making moves to push this technology into the newly emerging augmented reality market.

The CapMouse project was instigated in order to develop a prototype of a hands-free computing device, using a head mounted capacitative sensor controlled by the lips that can be used as an input for a human-machine interface. The technology is aimed at disabled older adults and those with spinal injuries, although Tomas Brusell, a dentist by trade and CapMouse project coordinator, first invented the technology as a way to use his computer while unable to use his hands.

Having been issued an EU patent in 2014 (a US patent was granted in 2013), the CapMouse team has now been encouraged to actively seek a partner in Europe. They are currently in talks with Sony and are approaching Google and Apple. “These are companies that are big in the world of augmented reality,” explains Brusell. “This is an emerging market for elderly people, because Google Glasses for instance can provide you with all the information you need projected on the screen of your glasses. LipIt can work in perfect harmony with this technology, allowing one to call people and more just with the movement of the lips.”

With the technology on the brink of big things, Brusell believes that it was AAL’s faith in him developing an unproven technology that has helped LipIt to arrive at where it’s at today. “The CapMouse project presented something which was very different to the vast majority of projects. It’s a revolutionary concept that utilises muscles that most people barely even use. Reaching the stage of having a second-generation prototype that has been thoroughly tested would have been nigh on impossible without AAL funding.”

“The technology is stable, no Bluetooth or software bugs. Android and Windows PC applications are available and the prototype is ready for production as a standalone device and in combination with augmented reality technologies. It took us almost 10 years to take the project from my idea to a working prototype, and we can now declare that our technology is ready for industrialisation.”