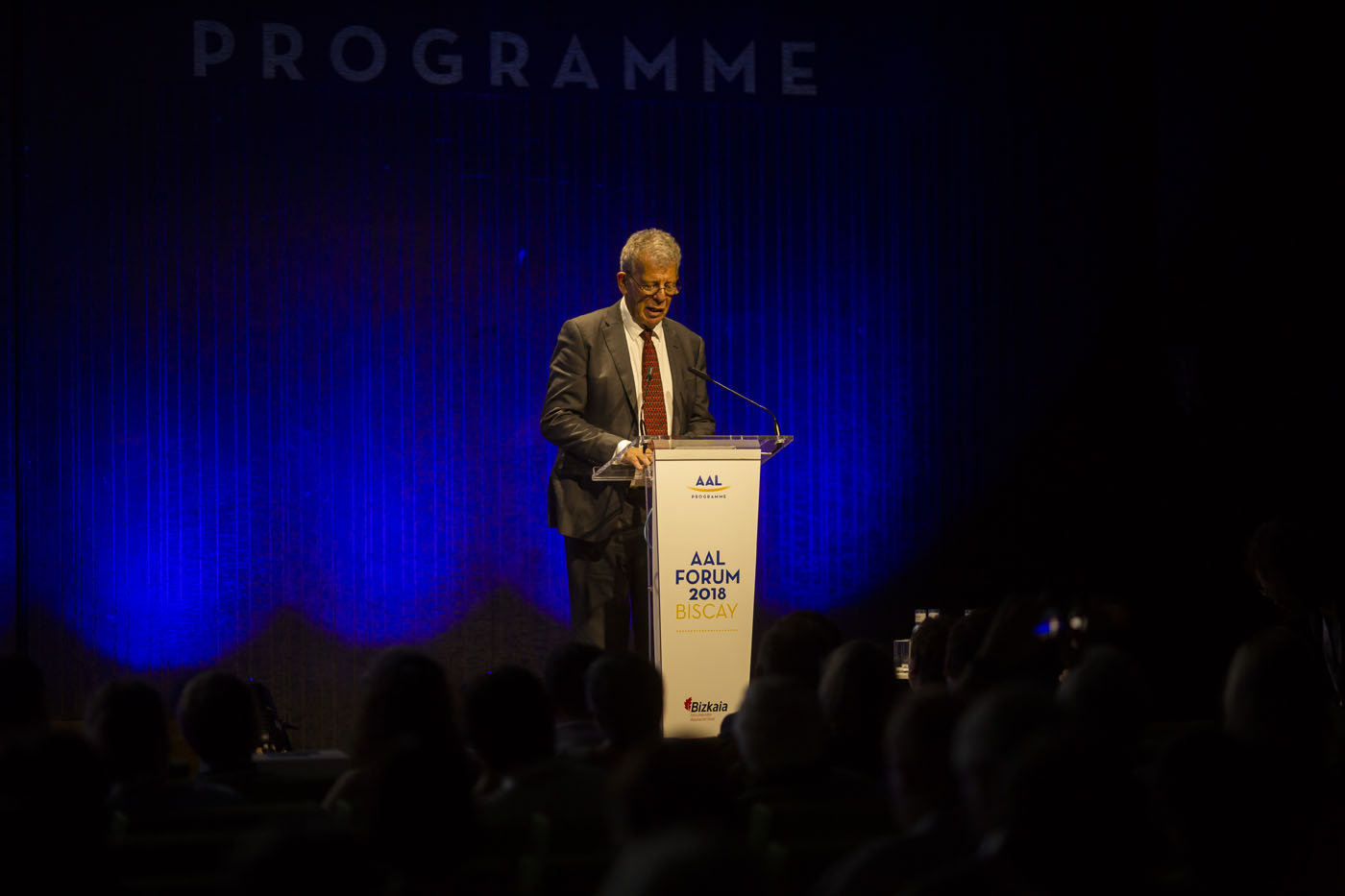 Brussels – April 24, 2018 – The Active and Assisted Living (AAL) Association announces today the appointment of Peter Saraga as its new President. Mr. Saraga was elected at the General Assembly in Ljubljana, Slovenia on April 18, 2018. He succeeds Mr. Rafael de Andres Medina, who stepped down after four and a half years as AAL President preceded by six years as AAL’s Treasurer.

Mr. Saraga, a British national, has been involved with the AAL programme almost since its beginning as the Chair of the Advisory Board since 2009 while also being a member of several AAL annual Fora and internal working groups, such as the current future strategy group. During a significant part of his professional career Mr. Saraga has been working in research and development in Philips. During this time, he has been dealing with the challenges of developing new electronic and ICT products and services (including robotics, HDTV and artificial intelligence) and bringing them to market. Mr. Saraga has undertaken a broad range of leadership and advisory roles in the UK and Europe working with academia, government and public bodies.

Mr. Rafael de Andres Medina, the outgoing President, thanked all members of the General Assembly, Executive Board, Advisory Board and Management Unit for all those years of cooperation to foster the AAL ecosystem for the elderly. Commenting on Mr. Saraga’s appointment, he said: “I am very confident that Peter is the right person in the right place to steer the Active and Assisted Living Programme through its final phase of the current ‘Horizon 2020’ framework programme while preparing it as well for the future. Peter will bring valuable leadership and practical experience to the Association’s Executive Board.”

“It is a great honour for me to become the President of the AAL Association. I look forward to leading the AAL Programme over the coming years together with my Executive Board colleagues as well as the General Assembly members, Advisory Board and the Management Unit” – said Peter Saraga after his election. “There are great opportunities for making use of digitalisation for the benefit of older adults’ life in Europe. I am convinced that this unique organisation can play an important role in shaping the emerging European market for digital products and services to older adults based on its 10 years of practical experience. Neither the related challenges nor the opportunities will stop by 2020. I am deeply convinced that European partnerships will be essential in this respect. Let me thank Mr. de Andres Medina for his long-term loyal service to the AAL Association and for his leadership in navigating the Association over the last four and a half years”