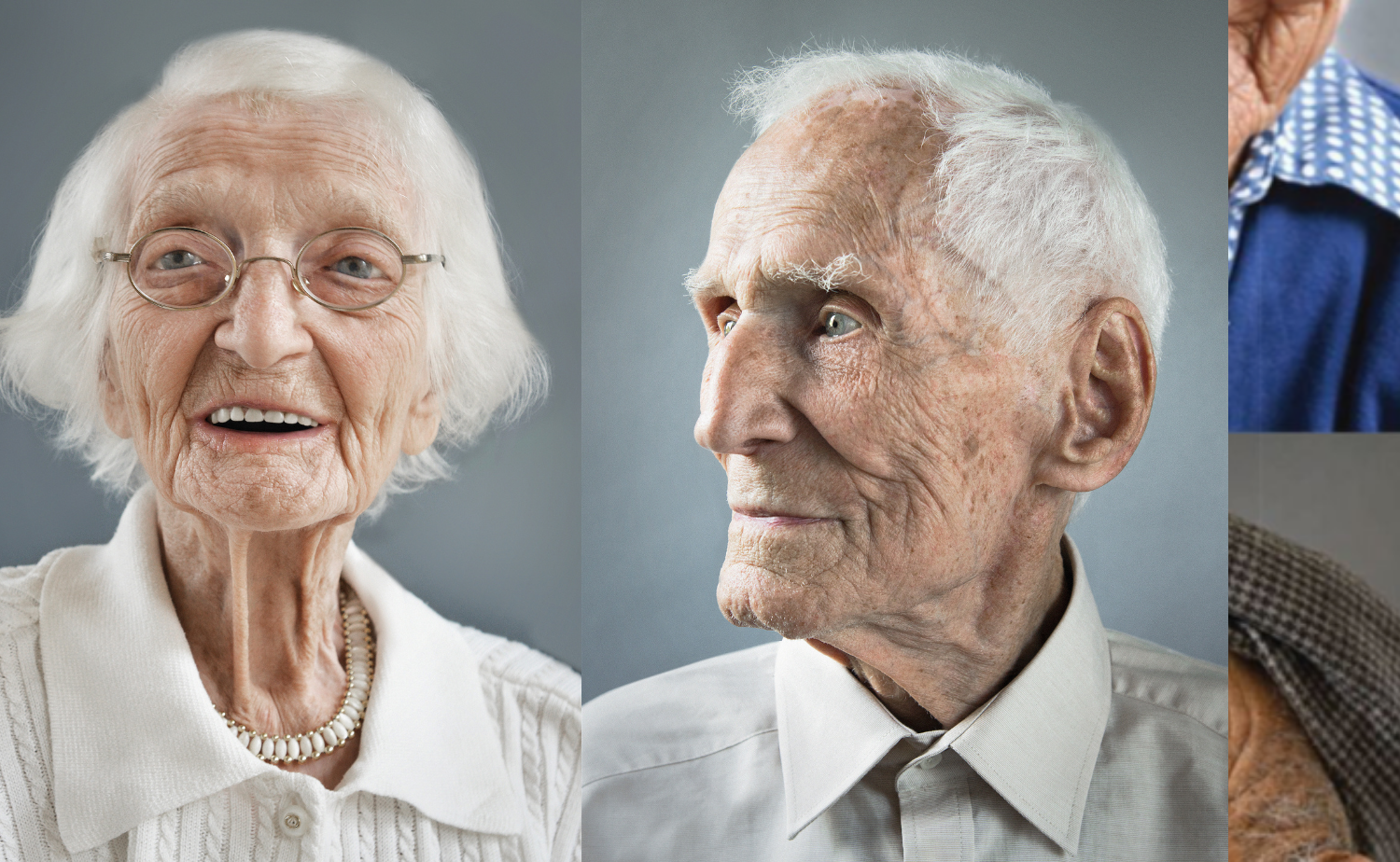 One morning back in 2006, a photographer, editor and artist Karsten Thormaehlen decided to start a new project: to capture the joy of living and growing old by portraying people, who have reached the age of 100.

Cristina Villanueva of Entremayores talked with Karsten (based in Frankfurt, Germany) about his work and the inspiration it has brought to many through his travelling and exhibitions around the world.

Your work could be defined as a tribute to the art of ageing. How did you come up with the idea of portraying older people?

As a kid, I used to spend a lot of time with my grandparents. I mostly have good memories of this time. Later in life, instead of military service, I opted for community services in a retirement home. Together with a social worker, I organized physical activities, play groups and excursions for the elderly. The retirement home had an assisted living section and also a care station for people in need of care, suffering from dementia in different stages. At that time, as a young photographer and future philosophy student, I was more interested in the downsides and sad aspects of aging.

Your exhibition “Happy at Hundred” portraying men and women over 100 years old, has travelled throughout Europe and has been a worldwide success. Tell me about this project.

In 2006 I saw an image in the morning papers, it was of a man who was celebrating his 100th birthday and it touched me. The grandfather of my wife had just died at the age of 99. In my opinion, the formal, aesthetic and substantive quality of the photograph did not correspond with the achievement of becoming 100. The same day I talked to my agent in London over the phone about  this idea. Surprisingly, she told me that her grandmother had just turned 102. So, she called her up, I booked a stylist and drove to her apartment where I met the first centenarian person in my life!

When I offered my pictures to magazines, they all turned the proposal down. Things changed when the magazine Der Spiegel published a story about centenarians and I shared my pictures with the author of the story.

Half a year later, we ran an exhibition together at the Festival House Bregenz, in Austria. It was very impactful with pictures printed in 120 x 180 cm and humorous quotes of the centenarians on the background. More than 60 exhibitions in Germany, Austria, Switzerland, Italy, UK and Japan followed in the next 12 years.

The pictures appeared in three books Jahrhundertmensch (Living a Century), published in 2008 and Mit 100 hat man noch Träume (Happy at 100) in 2011. Aging Gracefully is my third book on the subject of centenarians.

What are the centenarians you photograph like?  What do they convey through your lens?

They all are characterized by modesty, gratitude, curiosity (in a positive sense!), hospitality, optimism and good humour. They see it very relaxed that there won’t be much more time for living, and the majority is grateful to enjoy every other day they could take part in living. 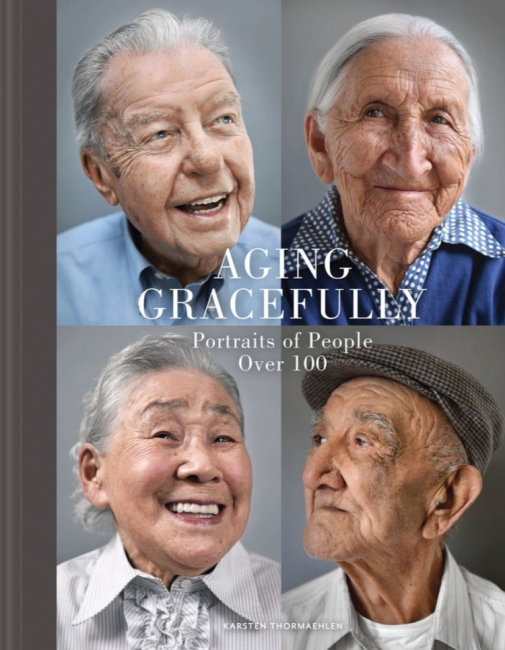 Do you think that society has the wrong image of older people?

I sure do! People sometimes smile pityingly, when they learn what I’m doing. Some think an advertising photographer’s job is to shoot cars, models and luxury goods.

Each society would fall apart, I think, if they are not able to use the potential of their older, experienced people. In economy as well as in everybody’s private life.

Can artistic projects like yours become a force for change in this misconception of ageing?

Since this pandemic I have a feeling that things are shifting. We realize that our prolonged life expectancy are an important achievement of the interaction of many factors: scientific progress, a functioning democracy, peace and prosperity for the most. We need to understand that each generation is important for a functioning society.

“Ageing gracefully” is another of your projects, what do you want to convey with this work?

This was actually a continuation of the “Happy at 100” series – just on an international level. I was asked by an US-publisher if I would be interested in extending my project and do a worldwide casting. And, of course, I agreed. What I learned from this endeavor was that there are more similarities than differences between the oldest of the oldest in the world. And this is basically the synopsis of this book.

And “Silver Heroes”, how did this project come about?

Silver Heroes was a closer examination of what people do, if they retire and finally could do what they always wanted to do when the kids are out of home. The athletes were the group which filled up the fastest my timetable! I’m still working though on series of artists, actors, musicians and entrepreneurs, but it’ll take still a while until filling a whole book.

Read more about the work of Karsten Thormaehlen here

Read the interview in Spanish on Entremayores