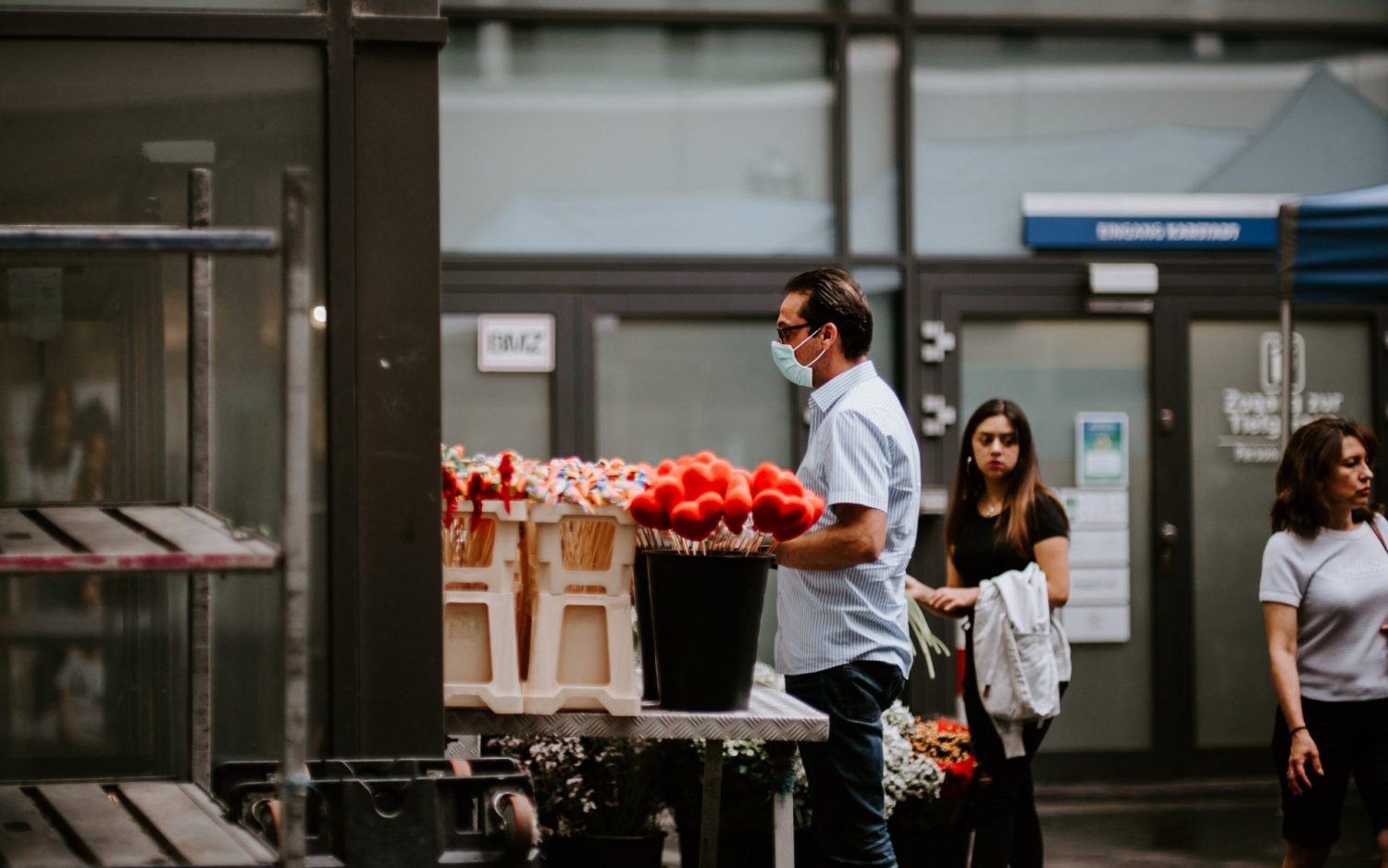 To increase awareness among the various stakeholders within the AAL domain, we have launched a series of interviews with experts and policy leaders to gain a more in-depth insight the major issues caused by the epidemic and put forward reflections for a safer future.

The second interview in these series focus on the situation in France with the AAL Communication and Public Affairs manager Nicola Filizola interviewing Dr. Athanase Benetos, the President of the European Geriatric Medicine Society.

Nicola: Thank you accepting our invitation for an interview. I would like to know how is it going for the older population in France today after the first wave of COVID, and what were the main critical issues that your public system has had to face?

Athanase : We are now between two phases, which is somehow a weird period. People are happy now, because there isn’t the same bad mood of March, April and half of May. However, there is a significant fear that we are only at the end of the first phase and, we are waiting for the second wave. Of course, this is something also very antiogenic for everybody and especially for older people. Alike Italy, France, and especially our region, has been extremely attacked by this disease.

N: What could you mention as the main fragility that you could spot in the public health systems, in the regional health system or in the city where you are operating?

A: I think there are two major problems that were very obvious and visible during this crisis. The first one is that hospitals did not know if the older people with COVID-19 could get advantages and benefits from a hospitalization. Secondly, the situation in nursing homes was not good, there is not enough medicalization of these nursing homes in order to have a clear-cut strategy and be able to apply this strategy for protecting people from the pandemic. And this is not only for this pandemic, but also more generally for any other pandemic or any other medical situation that can kill many people like when there are very high temperatures or when there are other external factors present.

N: To what extent, in your opinion, digital technology can concretely help the French health and care system cope with COVID-19?

A: I don’t see one single measurement that can give a magical, positive result. We need to re-think again the whole organization. My first answer is that any new technology that can be applied at home of older people and can reduce somehow the number of people that go to a nursing home, because they don’t have the sufficient autonomy because they are very frail, and that can make people to stay at home in good conditions is indirectly something very important against these kinds of consequences of a pandemic.

On the other hand, new technologies can help not only the older people, but all the people to better understand how in one local population the pandemic spreads out: this is important. For instance, there are some applications that we can use to know who are the people that we have contacts with and try to better understand and prevent the propagation of the disease. But the most important for me is again, to think how to better organize with also the new technologies, for instance the nursing homes and the hospitals.

N: Now we’re probably on a second phase of COVID-19, especially in Europe, it’s summer, as you said, we’re probably waiting for a second wave, but perhaps we can already take some stock of the major lessons learned during the first phase of this pandemic. What are, in your opinion, the major lessons learned of this first phase after four or six months now from the outbreak of COVID- 19?

A: I think the first lesson is to understand that there are many things we don’t know. The problem with our modern life is that we believe we can control everything. And we realize, unfortunately under dramatic conditions, that we are not so powerful and that not everything can be put under control.

The second thing is that we have to protect more the older people because, as I said at the beginning, 80% of the people who died were more than 80 years old. While it’s better to die at an old age, I can also tell -there are evidences -that those who died were not only people who would have died a few days or a few weeks later. There is a very specific a target of this disease or the complications of this disease targeting older people, much more than any other pandemic like the flu, influenza and other diseases. So we have to be better to protect. This is the second conclusion.

The third one is that being now five months after the beginning of this pandemic, we have to keep, this spirit of to say, it’s (editor’s note: the pandemic) not finished, there will not be miracles. It’s not just to transmit fear to the people, it is just to say, you know, we have to stay very vigilant and we have to try not to make the same errors.

So, what does it mean from the state point of view? To have enough masks, to have enough coats, to have enough testing possibilities to have this organization first, to be ready to face the second wave, if it comes. From our perspective as physicians, nurses, any health professionals, we have to understand from this pandemic that we know that we were mainly those, who transmitted the disease, especially in the nursing homes.

We have to understand that we have a huge responsibility. First, of course, to give our energy and our time we did that, and we will do it again. I hope we will not need it, but we will do it again, but also have an extra responsibility, especially those who work with the very old people to have very frequent tests, to have to pay attention in our private life not to expose ourselves because maybe we will not seek it out, but we can transmit the disease.

This is something very important, but again,  we have to stay humble and have a very low profile and we have to pay attention because we can have the same problems in few weeks or a few months, or a few days.

N: What do you think could be the most lasting long-term consequence for the elderly people after COVID-19 from here in five, 10 years in the way they live in the way we interact with them or in the way they (older people) behave and operate in society?

A: The first one is that we will, for many years have the same question: did we do enough to save lives, especially in the intensive care unit, did we have to take more people later and so on ? This is a question I have and we all have, and we don’t know if we do really well.

The second one is a long-lasting consequence is that the COVID pandemia has also very important and direct consequences with the lockdown, the isolation, the stopping all the contacts. Even now many people do not go to see their grandparents, parents or older people, because of the fear to transmit the virus, but this has also extremely important negative consequences to the older people, because with age we naturally lose friends, we lose family, so we need this contact to stay alive, really. So, these consequences of the disease, when becoming more isolated can have very, very important negative results.

And the third thing that can remain is to say, finally, let’s say if we have many waves like that, people who might say ‘Yes, okay. We cannot do anything. Let’s say, just the younger people and older people, well, that’s life!’  There will be consequences.

Let’s hope that we’ll have a good vaccine quickly to not to finish with that, but at least to find the more radical solution and of course and better treatments. But all these things will take several months from now, maybe more than one year, maybe more. We need all the other measurements to protect ourselves more, especially the older adults.

N: Thank you very much, Athanase. It was a great pleasure exchanging with you and to learn more about the response of France and the COVID-19 outbreak, especially for the older population.