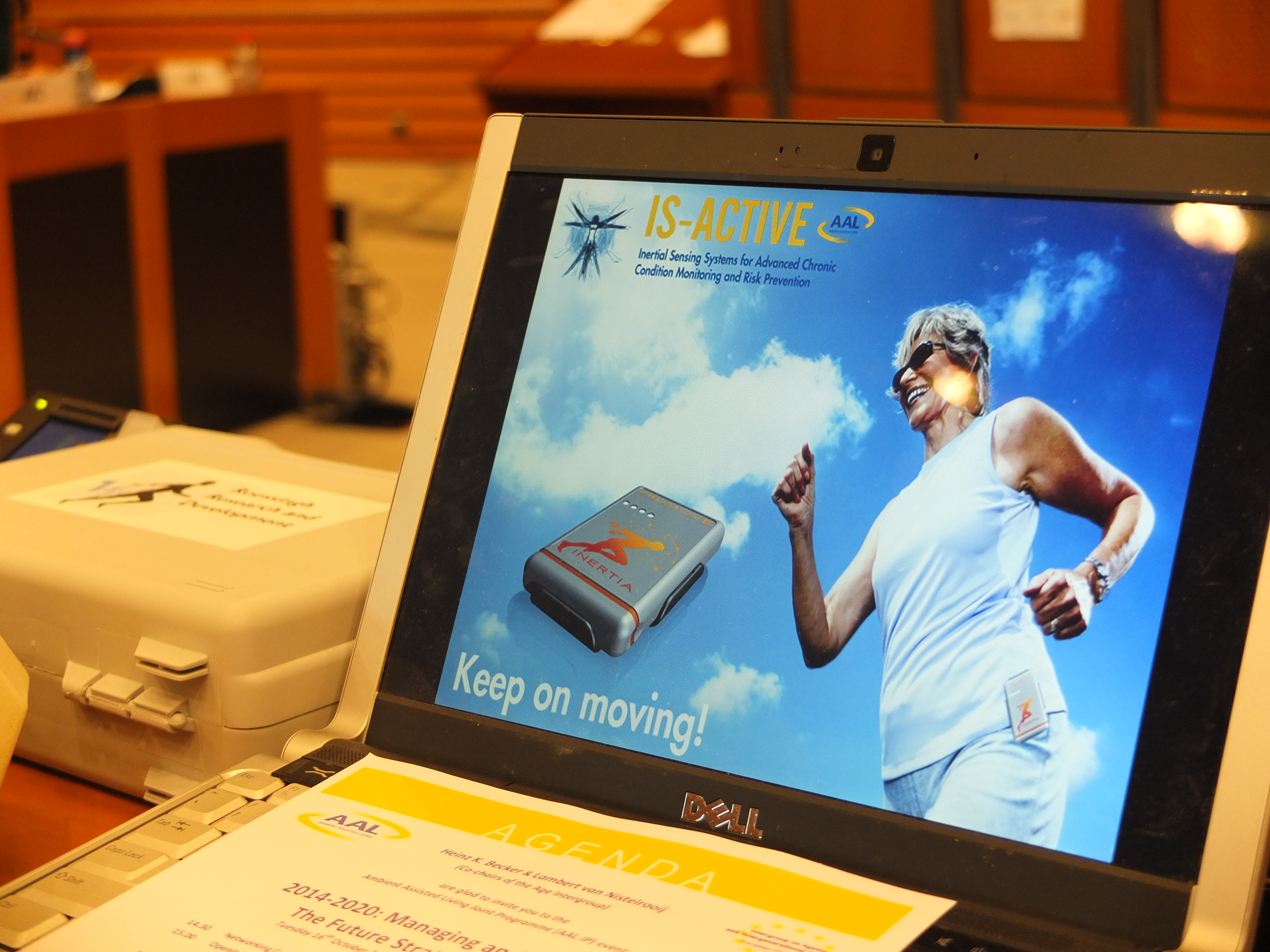 We have selected success stories of AAL JP projects that are already finished in Calls 1, 2 and 3. These projects have shown to have fulfilled their goals and to have set promising and ambitious objectives of the future. Some of them already went to market.

The ROSETTA project has developed an innovative, integrated system aiming at prevention and management of the problems that can occur to elderly persons as a result of chronic progressive diseases (such as Alzheimer).

At the end of the project, the AAPS surveillance was almost market ready and therefore it was selected to be launch as first to the market in The Netherlands in 2013.

More information about this can be found at:  www.dutchdomotics.com

The HELP project has designed a system that is able to anticipate when a patient will develop an OFF state or dyskinesia by means of a “Parkinson’s” sensor which sends relevant information to the platform and which automatically establishes a new level of drug administration for the pump to overcome that state. This aims to keep the patient in the ON state most of the time, thus avoiding the debilitating Parkinson’s symptoms. At the same time, a constant level of drug is administered by another sub-system developed through the HELP project, consisting of an intraoral device embedded in the patient’s mouth in the form of a tooth.

The project is currently negotiating with potential commercial partners form the UK. In the current stage they plan to arrange a bigger pilot (around 100 users) in which SOFTCARE will be integrated with an existing commercial system (they will use their gateway and, probably, web interface). Only after the results of this second pilot they will be able to bring SOFTCARE results to the market but, according the consortium position, it will be done by integrating the SOFTCARE bracelet and algorithms (for fall detection and activity recognition) in an existing commercial product. In parallel they are currently studying alternatives uses for the SOFTCARE results.

More information about this can be found at: www.aal-europe.eu/projects/softcare/

Over the course of the AAL-DOMEO project, which was coordinated by Robosoft, they accumulated over 700 days of experiments with real dependent patients. Through this work and these experiments Robosoft has built up extensive experience in the field of assistive robotics, but they also now have, most importantly, a clear vision for how to approach the market in the short term. In fact, despite robots being very promising, it is still a challenge for potential users to distinguish between the dream and the reality of what is actually possible. Thus they share fully in the fundamental premise of the PCP-Silver project; that robots are likely to be most useful to the assistance professionals themselves.

The DOMEO project was awarded by the SILVER competition as one of the winners: http://www.silverpcp.eu/silverproposal/

In 2010 a European consortium of universities and end user organisations, coordinated by Robbert Smit, initiator and business developer, started the AAL-funded ConnectedVitality project. Goal of this project was to develop a technological answer to the growing problem of loneliness amongst elderly people with age related physical restrictions in Europe.

Expected sales volume for the 2013 Christmas season is 20k-100k pieces. With orders already passing 1000 units and rewards won only from the initial field-test cycle, the product lifecycle is already ahead of schedule. The bigger YoooM MAX version is scheduled to hit the market for the 2014 Christmas season with a price below 750 euro.

March 2013, the Express to Connect project was transformed into People Value Company (PVC). PVC will commercialize knowledge and experience gained in a way that has a social and economic impact on local, regional and national scale in Europe.

• A framework for exploiting the benefits of applying “social connectedness” to public and private services.

The WeCare project’s goal has been to enable older people to participate in social networks, both online and in real life; to enable them contribute to society, to prevent loneliness, and to improve their well-being. By increasing their participation and autonomy, older people can live at home longer and preserve their quality of life.

Moreover, business models were developed in close cooperation with the industry. The business models in Finland and Spain focused improving existing services, whereas in Ireland and The Netherlands they focused on packaging with other services and increasing their value and revenues.

Finally, the project delivered recommendations for developers and policy makers who intend to develop and deploy services like WeCare.

The aim of the Mylife project was to test and develop a service to support the social inclusion and independence of people with dementia.

The outcomes of the field trials for the individual with memory problems were increased independence and wellbeing, a reduction in social isolation, increased participation in daily activities, stimulation of cognitive abilities and access to internet-enabled services. For carers, the outcome was a reduction in the stress caused by worry, and the need to respond to repeated questions and multiple phone calls.

The first commercial version of the Mylife system is released for sale in Norway at www.mylifeproducts.no.

The aim of the inclusion society project is to give potential users and customers of technology assisted living solutions the lead by using experience led innovation methods to understand their needs, from the very beginning and tailor solutions to these.

Two of the four partners, Hospital Organiser and Alloy, have bought the two other partners, Vivit and Mediq, and are in process to established common company, WellTogether, which will be the product owner and in charge of the sales and marketing with two subsidaries in Norway and UK. The parties consider that the perspectives are light and are given the project full support.